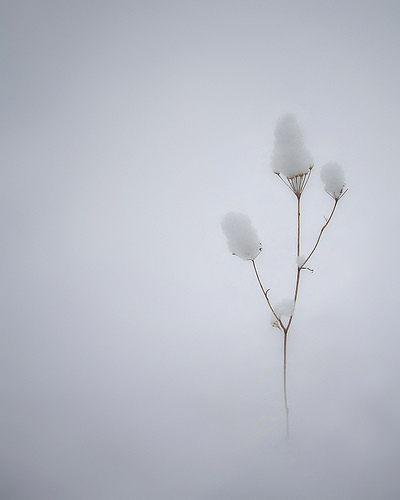 Simple things are often beautiful. The image is CC, a work by: Ferran Jordà / bw-color.com .

The gap between regular health care and research can sometimes be overwhelming. The researchers have the tools, the hospital change routines all the time, but they almost never meet. I’m therefore pleased to see Åstrand et al’s simple article, a follow-up of a screening program for osteoporosis that showed a decrease fracture risk about 50 %.

By using questionnaires at baseline, that is before and after the program started, together with a simple follow-up questionnaire after about 6 years they could see that those that had participated in the screening program were almost half as likely to have another fracture. It’s also interesting that deaths were fewer in the intervention group, 53 in the unscreened group and 34 in the screened group (p = 0.06). Even if not quite significant, it is likely that a fracture might sometimes be an indicator of other illnesses, and a proper follow-up by a GP is always a good idea.

This study is of course by it’s simple design subjected to several biases, the most important ones probably being:

Apart from this I’m slightly surprised by the mean time until fracture – 6 years. This is the same time as to the follow-up!? It seems a little too much of a coincidence and I wonder if they didn’t miss something in the data handling…