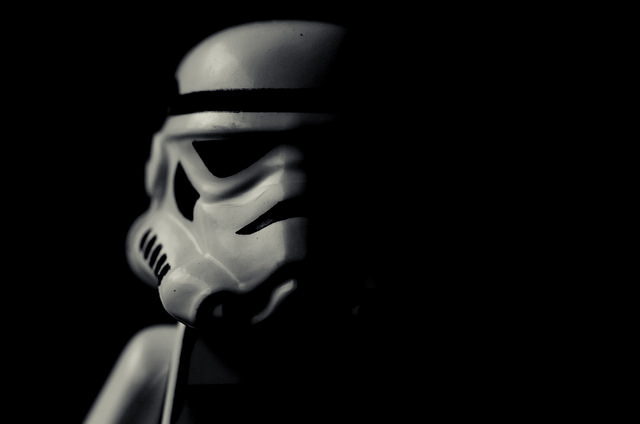 Even the operation of the century has a dark side. The image is CC by Holley And Chris Melton.

While total hip replacements (THR), also known as total hip arthroplasties, are hugely successful there still are, and will always be, poor outcomes. This post is an excerpt from my thesis where I tried to summarize the dark side of THR.

The success of a THR is measured by 4 main outcome categories: (1) patient survival, (2) implant survival, (3) other adverse events, and (4) patient-reported outcome measures (PROM). Although technical outcomes such as component positioning, soft tissue preservation or leg length restoration can be viewed as a type of outcome, they all aim at addressing issues within the 4 main outcomes.

The patient surviving the surgery is the most fundamental premise for any kind of surgery. The mortality associated with the THR procedures occurs soon after the surgery; effects related to bleeding, pulmonary embolism, and other per-operative causes quickly decline during the first months [1]. The 90-day mortality rate is the most common mortality measure [2], although some studies report in-hospital mortality [3] or 30-day mortality [4].

Implant survival relates to the survival of the implanted material. There are two terms frequently used for estimating implant survival, re-operations and revisions:

The Swedish Hip Arthroplasty Register (SHAR) has from its start in 1979 used re-operations as a measurement [15]. Re-operations and revisions can be further subdivided into the underlying cause:

The 10 year re-operation rate is currently at an all-time low, less than 5% for patients operated due to primary osteoarthritis [9]. This coincides with the new having increasing difficulty in improving on the existing designs [33], currently 3 stems constitute 99% of all implanted cemented stems in Sweden [26, s 13].

Death and re-operations are only a subset of adverse events after THR. Other events such as cardiovascular, thromboembolic events can be equally important, while minor events such as urinary tract infection may be quality of care indicators. Adverse events in medical practice are fairly common, expected around 3-15% [34]–[38], and perhaps even more common in orthopaedics [39]–[41]. There is currently no validated registry-based tool for the Swedish population, although readmissions combined with ICD-codes are reported on a yearly basis in Sweden [9]. Our research group is currently working on validating a new tool for measuring adverse events that we hope will allow us to study this closer in the future.

The THR indication is primarily to improve quality of life, and is very successful at this [42]. Charnley reported in his landmark paper on long-term results in 1972 that the majority of patients had excellent results regarding pain and walking ability [43]. As the indications have widened and patient demographics changed, the importance of patient-reported outcome measures (PROMs) have reentered center stage [44].

Furthermore, with the improvement in implant survival and low re-operation,PROMs are becoming increasingly important for evaluating THR [45]. Although hip resurfacing has fallen out of favor, many of its main proponents argued for it because of better PROMs [46]–[48].

This is just a handful of the available disease specific hip scores [54], [64] and there is an ongoing effort in validating and translating new measures [65], [66]. PROMs are generally believed to be less susceptible to interviewer’s bias as the majority of them are self-reported, since patients answer the questionnaire without any aid from study personnel. The lack of supervision can increase the risk of misunderstood questions and skipped answers [67, s 500]. Recall bias can still occur and it is therefore important that the health states are prospectively recorded [68]. There is also a risk of response bias, i.e. that the patient responds to the survey differently from those non-responding. This stresses the importance of maximizing response rates [69]–[71].

PROMs are also believed to be more susceptible than other outcomes to cultural influence. Dieppe et al. reported large variations between and within countries in disease severity when deciding to operate [72]. This is something that I explored in one of the thesis articles.