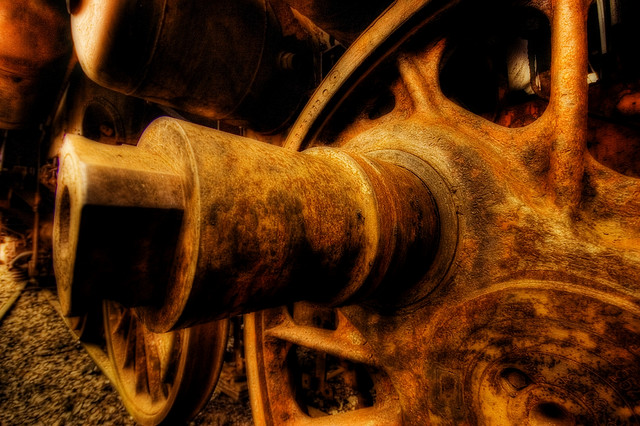 How does the knee age after ACL-surgery? The image is CC by Thomas Mues.

Nordenvall et al. [1] recently report in PLOS ONE an interesting study on cruciate ligament (CL) injuries where they could not find any protective effect on knee osteoarthritis (OA) from reconstructive surgery. It is a nation-wide study based on > 60,000 patients where they used the National Swedish Patient Register in order to find ICD-codes and surgical procedures code to identify patients with CL injury and those with a subsequent procedure. While the early results showed slightly less OA, there was an increased risk of 1.4 (95% confidence interval, 1.2 to 1.7) after > 10 years for those with surgery.

This finding is controversial in the orthopaedic community, there are plenty making the case for anterior cruciate ligament (ACL)-reconstructions being protective of later OA [2]. Some of the arguments have been that meniscal injuries are shown to increase risk of OA [3] and an intact ACL prevents further re-tears. This logic has always seemed strange to me as there has been little evidence for ACL to show any OA preventive capacity [4], [5] and as Wen and Lohmander point out there is plenty that we don’t know yet [6].

One of the areas that have interested me is the inflammatory response to the injured knee. There are several biomarkers currently being investigated [7] and there is an interesting case being made for the complement pathway being the bad guy. I find it intriguing that surgery/trauma could trigger an inflammatory response that causes the OA: (1) Can we stop the process early on? (2) Do different techniques elicit different biomarker response?

A few things can of course be said about Nordenvall et al.’s study:

My belief is that you should have surgery if you experience symptoms (the title is a little provocative, I know 😉 ). I believe that this study supports this more restrictive approach to ACL-surgery – although I truly hope that some brilliant researcher looks into their old archives, dig up good RCT-studies, and looks at long-term results. There have been many RCTs reporting short-term outcomes, this shouldn’t be that difficult… one would think…