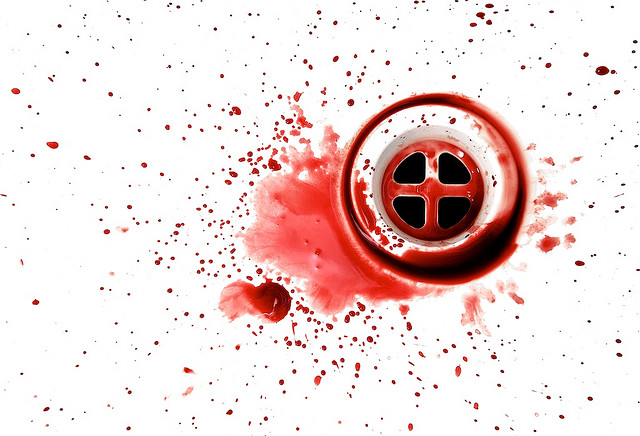 Is the evidence on blood transfusions going down the drain? The image is CC by
Steve Koukoulas.

It is important to note the difference in populations between this study and Carsen et al.’s study (that I previously reported on). The current cohort seems to in much poorer shape; the mortality is about twice as high within 30 days (see table 3) and the patients are on average 7-8 years older than in Carsen et al.’s study (almost 90 years old). The cohort is also much smaller, 284 vs 2016 patients.

Somewhat noteworthy is that the original protocol had defined outcome as

… Outcomes are functional ability after 10 days, quality of life and mortality after 30 days.

The outcome of 90 day mortality (the only significant outcome) was added in November 2014, >1 year after the last recruited patient, and should therefore be treated with caution. At this time point they also removed the original 10 day mortality.

It is also interesting to note that we are presented with at least 6 p-values, with Bonferroni correction the p-value for the nursing home patients (0.01) no longer satisfies the < 0.05 limit for significance. While I’m no fan of p-values, a correction could be argued here, especially since the 90 day outcome was added after the data collection.

It is an interesting finding that liberal transfusions may be beneficial for the most fragile patients. Unfortunately the study flaws are hard to ignore, and the study should in my opinion be supported by additional RCTs before impacting transfusion guidelines.