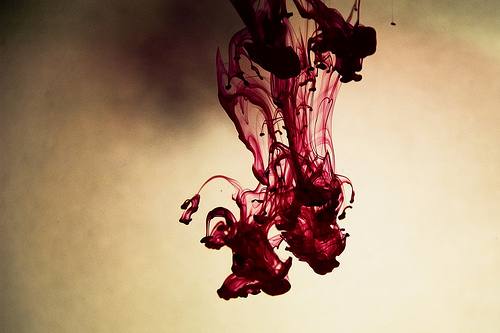 Do blood transfusions cause infections? The image is CC by Peter Almay.

Blood transfusions lower the immune response – a known fact although not all doctors are aware of it. It is therefore nice to see that two new articles in JBJS that focus on the subject. Both focus on arthroplasties where the impact of an infection due to a lowered immune response can be catastrophic to the individual.

Infections after total hip are rare, about 1 % within the first two years, and are thereby difficult to study. In order to efficiently study the subject we often need to pooled studies, meta-analysis, or large registry based cohorts. A quick power calculation shows that if we want to show a 50 % reduction, then under optimum circumstances we need almost 10 000 patients (see R-code below).

Hill et al. noted already in 2003 in their meta-analys that bacterial infections were more frequent in those receiving allogenic blood transfusions (blood from another person). Odds of having an infection was more than 3 times higher among those that had received transfusions.

The more recent article by Friedman et al. pooled the RECORD study, initially a drug study for rivaroxaban, with about 12 000 patients in order to assess early postoperative bacterial infections. They noted an overall higher infection rate, most interesting was the almost significant increase in bone and joint infections, 0.4 % vs 0.2 %. It is a pity that the follow-up ceased 2 months after surgery, a few more months and we may have more robust data on this parameter.

What I like about the study is that a drug study is re-used for a different and (in my opinion) more interesting subject. The data is thereby probably of very high quality and the drug company bias should be minimal. The post-hoc hypothesis (that this was not the primary study aim) does somewhat lower the value but since it is non-drug-related hypothesis I don’t think it is a major issue.

Newman et al. describes in another article in the same JBJS issue a 10 year cohort of almost 3500 patients at their clinic where they’ve looked for re-operations due to infection within 3 months. While they found an increase associated with transfusions, their regression could not quite pinpoint it to the actual allogenic transfusions but more to the number of transfusions. This study is also somewhat underpowered although the effort is impressive with a chart review of this size.

While they present an interesting study, it is a pity that they didn’t have the cardiovascular status available, only adjusting for ASA class may be a little too crude and as preventing cardiovascular event often motivates a transfusion this is an important variable. Furthermore, a directed acyclic graph (DAG) would have been interesting here; for instance they adjusted for diabetes, a known risk factor for infections but unless there is some associated cardiac comorbidity I don’t think it should affect the number of transfusions that much.

It is difficult to deduce causality in these studies. According to me the most important confounder was not addressed, surgical trauma; a higher blood transfusion demand is driven by more local bleeding due to surgical trauma that is directly linked to infections. The best option is probably to have a drain, surgical trauma marker or some other method for assessing the bleeding and include that variable in the model.

Even though there are limitations, the evidence supports a restrictive transfusion approach. I believe we should be more active in searching for alternatives that may minimize the need for allogenic blood. It is for instance still debated in the states if tranexamic acid is to be used,  I recently suggested that we should do a safety study as intravenous perioperative administration is widely used in Sweden. The use of autologous blood, i.e. patients donating blood prior to surgery, is also widely underused in Sweden. All this together with pre-operative hematocrit optimization would probably help us drive the risk of postoperative infections even lower.