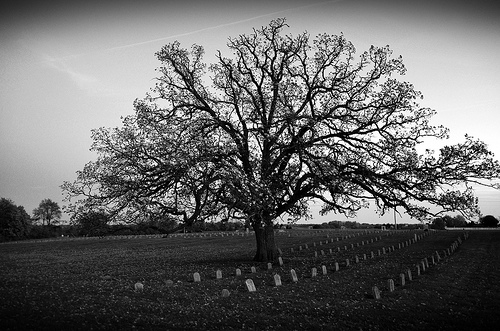 An article in BMJ indicates that the best hip implants may actually be killing patients – an outrage or a statistical fluke? The image is CC by Wayne Wilkinson

An important question was raised by McMinn et al.: Can choice of hip arthroplasty have an impact on life & death?

While uncemented total hip arthroplasty implants are very popular, they’re often slightly more expensive, have a higher risk of peroperative fractures, and a have a higher overall risk of re-operations/revisions (although this has recently been put in question, as it may be part due to a few bad implants). McMinn’s study is interesting because it might add a new dimension to the choice of implants: should we also look at the mortality rates when choosing the best implant?

The study is a large registry study with almost 300 000 patients from the National Joint Registry followed on median about 3-4 years. Since death is related to co-morbidities   they used age and ASA classification to adjust for this confounding. Other variables checked for confounding were sex, and complexity of the procedure. They also used some new, interesting survival statistics, see below comment.

Mortality was 10 % higher in the cemented implants compared to the uncemented  after adjusting for confounders (measured by Hazard Ratio), while the risk for implant revision was almost half in the cemented group. When they did the same comparison for men receiving the Birmingham hip resurfacing implant, the mortality difference was even greater – almost 50 %.

My personal belief is that, although the idea of implant related mortality is interesting, it’s far more plausible to be caused by residual confounding. The authors also admit that the results may be due to this. For those of you not familiar with residual confounding, here’s an example:

If we look at age as a confounder for mortality we can choose to split that variable into categories, < 50 years, 50 – 70 years, and > 70 years. This does remove part of the risk caused by just being older but it also introduces some strange effects, a 71 year old patient will have the same risk as a 100 year old patient. This we call residual confounding, i.e. there is a remaining age effect that could be explained if we used a better tool.

When looking at mortality as an outcome, it is of uttermost importance to include co-morbidities. Unfortunately ASA is not adequate for this task, it’s a simple score developed by anesthesiologist, and does not aim at being a proper mortality predictor.  For instance, smoking is not included in the ASA scores while it is without doubt a strong risk factor for mortality. The fact that co-morbidities are important is indicated by the adjusted and unadjusted risk estimates: the risk increase dropped from 80 % to 10 % after adjusting for the confounders. Thus it is not hard to imagine that this would drop to 0 % with a better co-morbidity score.

Another thing that caught my eye:

Age was included as a continuous variable and modeled linearly.

While it may seem innocent, this is a very strange thing to do considering the extremely advanced statistics that the article otherwise used; A patient that has survived past 80 years might actually have a lower risk of dying than a 70 year old patient. The assumption that the risk increase is constant in throughout the range 15 – 106 years* is a little bold…

In summary: A nice article that puts forward a very important issue – we should not only look at the implant survival, the patient survival is also of uttermost importance. My interpretation is that orthopaedic surgeons are good at estimating patient survival and that this guides us in choice of implant. Though I’m not certain if this is wise…

They used an interesting method for estimating survival and that allows for generating an adjusted alternative to the commonly used Kaplan-Meier curve. The method is called Royston-Parmar and, as I understand it, the main difference from a Cox proportional hazard model is a baseline cumulative hazard function. By using a restricted cubic spline for the cumulative hazard you can also estimate the absolute effects. Although the absolute effect give you the option of producing number-needed-to-treat statistic (NNT) I found the smooth hazard plots very appealing: