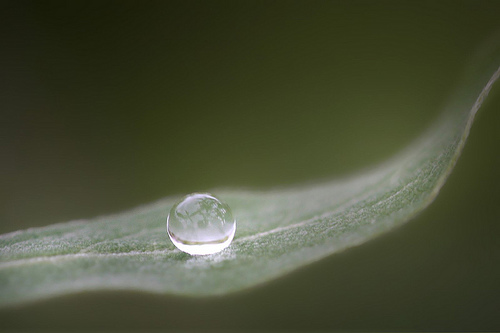 It is not common to find something as research that can change your perception of the world – it’s a beauty. The image is CC from photophilde.

I recently stumbled upon one of the most interesting articles in a while. Albert et al. questioned the long-standing theory behind low back pain by doing a double-blind randomized clinical controlled trial. They randomized patients to antibiotics or placebo for 100 days and found an impressive effect on pain and other outcomes in the treatment group.

While acute low back pain generally subsides within a couple of weeks, chronic low back pain is often difficult to treat. We have traditionally treated these patients with pain killers and physiotherapy. In those where we suspect disorders such as disc degenerative disorder we try to perform heroic surgery where fusion between vertebral bodies, disc arthroplasties (se Berg et al’s study) and more has been tried. The SweSpine register has shown that many improve after surgery and remain that way after surgery although randomized trials such as Brox et al’s fail to show much benefit with surgery.

Albert et al. had noticed that bacterially “contaminated” cultures from the discs are more common among patients with low back pain issues. This combined with that MRI-changes that may indicate infections (Modic-type I) are 6-times as common in this population, made them pose the question: what if a low virulent bacteria was causing this disease? Armed with this hypothesis they decided to do a RCT-trial with antibiotic treatment as the active treatment group.

The results were overwhelming to say the least:

To summarize: it seems that all outcomes that matter were changed in favor for the treatment group – they did not have to cherry-pick the best outcomes.

A few random thoughts have struck me as I read the article: